The flow diagram below shows the process of registering/initialising a POS device with humm. 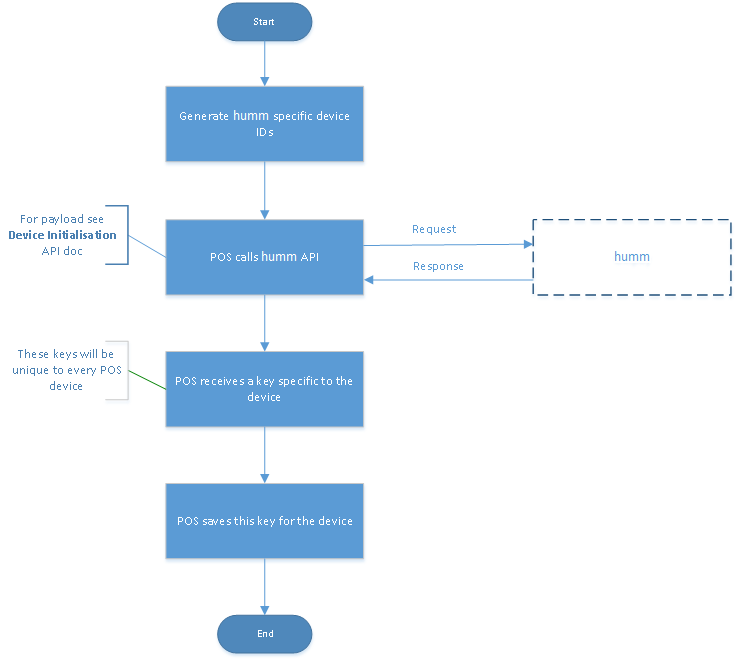 All API requests and responses are signed using HMAC-SHA256. The message authentication code (MAC) is hashed using SHA256 and a secret cryptographic key. Each individual device (e.g. a POS terminal) has its own secret cryptographic key with which to generate digital signatures. No other device will be able to produce a matching HMAC unless it also knows the original devices secret key. These device specific cryptographic keys are known as 'device-signing-keys'.

It is extremely important to restrict access to the device-signing-keys. Once someone has this information (as well as few other details such as the MAC algorithm, hash algorithm, and the production endpoint locations) they would be able to circumvent the signing mechanism. One potential (mis)use of this information could result in someone processing their own sales adjustments thereby defrauding the merchant.

So what is the process for device initialisation?

Couple of additional points to mention: